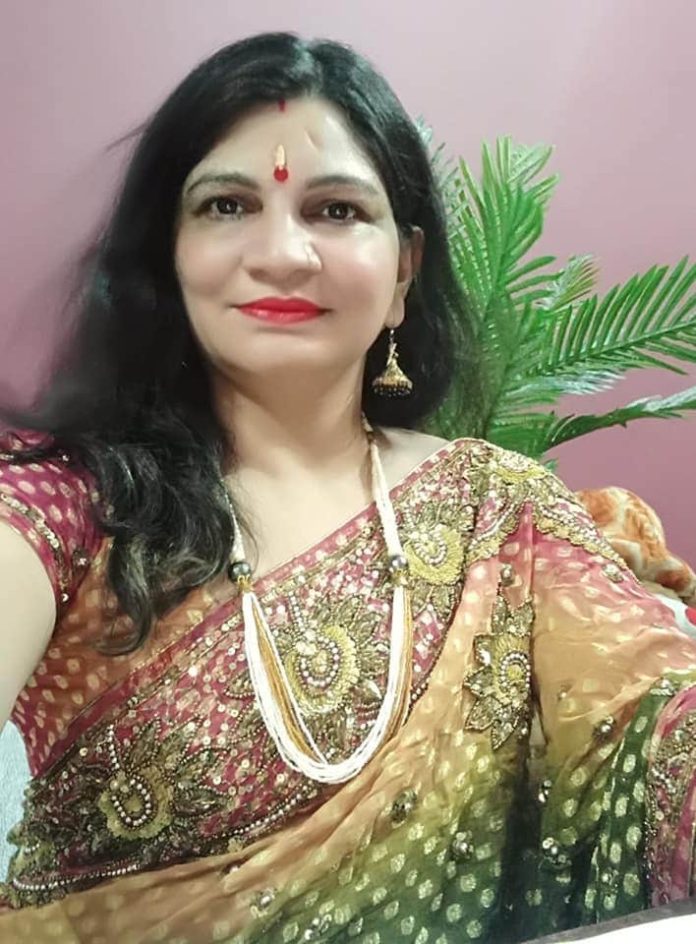 Mrs. Sharma started the work by giving small services in the interest of the society. During this time she faced many problems. She did not have any support in this field she chooses. She always faced opposition. First of all, their protest started from home. All the members were not convinced to do this work without salary. Getting money away, rather spending from home and serving the poor and needy was a selective task in itself. Even after much opposition, these works continued successfully by Mrs. Ambika. She faced many social and personal difficulties not only at home but also in society. She also suffered and got a lot of humiliation by some jealous and dirty people associated with her. Facing all these hurdles and problems, Ambika is still standing on this stage, working with determination on Atal Satya and noble path. Looking at the dedication and hard work of Mrs. Ambika, now her family is also standing with her. Her husband Advocate Mahendra Vasistha now supports her in every possible way and stands with her like a strong pillar.

Today, after 7 years, Mrs. Sharma, is not obedient to any identity. Ambika has become a national leader. They are running 3 national organizations on a large scale, which are making a big contribution to the national interest. Mrs. Ambika Sharma is the founder and national president of Rashtriya Mahila Jagriti Manch, Dev Manav Seva Trust and Saffron India-International Hindu Organization, all three organizations. Ambika has also been named in the India Galori Book of Records for her national level working style, forming active teams in more states and running several training centers for free. Ambika has been honored with Mother Teresa Award, Women’s Empowerment Icon Award, Empowered Women’s Award, International Brahmin Gaurav Award, All India Shaurya Award, Legend of India Award, and hundreds of other National Awards.

Branches have been opened under the leadership of Mrs. Ambika Sharma, Dev Manav Seva Trust, Rashtriya Mahila Jagriti Manch and Kesariya in about 15 states of India. The team of the organization is working with selfless spirit for humanity, women unity, women awareness and women empowerment, spreading Hindutva propaganda, love jihad etc. In such a short time, many training centers and schools have been opened by the organization. Branches like Dev Pathshala is free, smelling academy, sewing center, beauty parlor cours are all run by her organizations.

Through the Rashtriya Mahila Jagriti Manch, cases of female harassment, child abuse, vaginal exploitation, domestic violence etc. are dealt by the great Ambika Sharma. A large team of these organizations run by Ambika Sharma has come to work on the same platform.