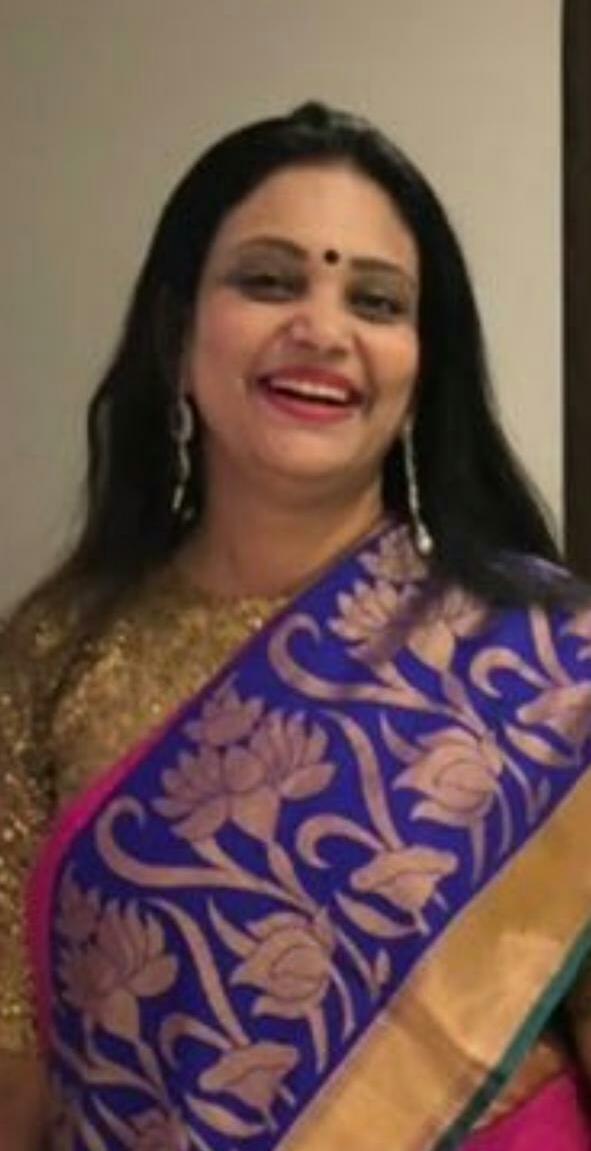 “Believing in yourself is the key
You can do it if you aim it
Always aim high and aim for the best
If you really want it,
You won’t stop until you have it.”

The name Archana sounds musical and spiritual. It resonates the tune and timbre of music all around, The name symbolizes the inner persona, harmony, and beauty of its owner’s personality ;
Born in a respectable and socially active family at Hardoi, Archana did her schooling from Hardoi and later on post-graduated in political science from Kanpur University. Throughout her academic life, she was a bright and agile student. She actively took part in debates, dramas, indoor and outdoor games during her school days, and her zeal to excel and team spirit always helped her to achieve success.

She commenced her Inner Wheel journey in 2002 and played various roles throughout these years. She positively took every stage as a stepping stone for the ahead journey full of new learning and using the appreciation to motivate her and keep the spirit alive. She began her philanthropic journey with Inner Wheel after joining the Inner Wheel Club of Varanasi Central. She had the honor to serve as club president, Secretary, Treasurer, and ISO. She bagged the Best President award with 32 awards and 4 trophies during her tenure as Club President. During her tenure, 101 Jaipur feet were provided to the disabled, which was a landmark in Inner Wheel history. She was recognized as the Best Secretary and Best Treasurer during her tenure as Club Secretary and Club Treasurer respectively.

Actively participated as Travel Committee Chairman in Triennial Conference which was held at Varanasi in 2009.
Attended two Triennial Conferences as Voting Delegates. Hosted many District functions as Convenor. Attended International Convention which was held for the first time in India through Zoom meeting.
She joined the District Executive Committee in 2010 as District Editor and published the District Souvenir ARUNODAYA. She saved a good lump sum amount in the Souvenir fund and contributed the same to the District Fund. First-time E-Minutes were introduced during her tenure as District Secretary. As ESO she added 7 new clubs to the District with 3 new young generation clubs. After serving the District as DVC now she is District Chairman of the District 312 for the year 2021-22.

She is married to Rtn Shishir Bajpai a renowned CA of Varanasi. She is blessed to have a strong support system in her life partner who has always motivated Archana to grow and excel in all phases of her life. Her Mother In Law who was the first District Chairman of 312 was her strength, guiding light, and motivational force. Archana’s apple of eyes is Saumya and Shobhit. Both are Chartered Accountants.

Social activities are a part of her life. She has been Club President of Bharat Vikas Parishad. She is an active member of two more ladies clubs of Varanasi.
She is fond of gardening, cooking, and designing clothes. Her hobby met her passion when she started her business venture of Ethnic Kids Wear. She is an ardent follower of Yoga and has a keen interest in music.
Archana says – “ Make a motto of life: always live with self-respect and own identity.”

01. To Promote True Friendship
02. To Encourage the Ideals of Personal Service
03. To Foster International Understanding
Any woman who shares the three central aims of International Inner Wheel can join the organisation. 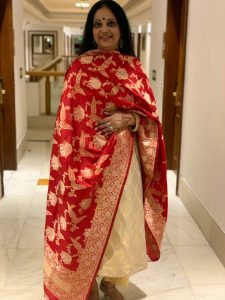