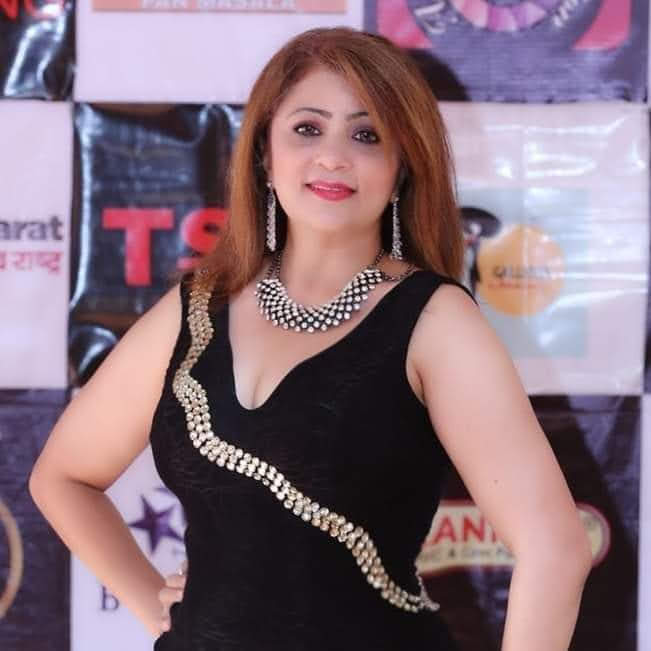 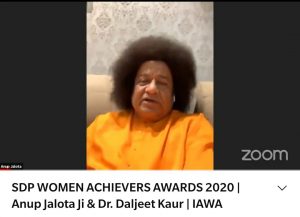 50 plus high profile achiever around the world were present and discussed on women empowerment.
The theme of the show was #womenforwomen.

Bajan Samrat and singer Anup Jalota presided as Chief Guest and was attired in his character of Satya Sai Baba. He spoke about his upcoming film which is slated for 22 Jan 2021 release and said that a woman should be paid double salary as she is the pillar of the house where she performs multi-tasking work to uplift both a home and society.

Dr.MI Zargar Patnavi Director of National Human Right Justice while speaking as Guest Speaker affirmed that education is of prime importance for women. If a women is educated she can educate the society. Paramjeet Singhjee the angry man President of National Akali Dal stated that Women should raise their voice against injustice . Dr Daljeet Kaur, Founder and a multitasking personality, Founder President of IAWA NGO and a successful actress exclaimed that women should take a stand for women . Together they can help each other to rise and prosper. Chandreshekhar Pulsawker, Grandson of Saraswatibai jee was extremely delighted that atlast his grandmother got recognition for her sacrifices where she stood shoulder to shoulder with her husband to make him a pioneer film maker. All the 50 successful women out of 300 entries conducted a beautiful webinar and shared their views beautifully on women empowerment.Women of different fields shared the same platform with one voice one mission ‘Women for Women”.

There is a woman behind every man’s success.
In Dada Saheb Phalke’s case, it was his wife Saraswatibai Phalke. India’s first film maker who would never have been able to make his master piece without the film editing, that his wife did.

Amarcine Production is also producing a short film and Webseries on the life of Women
of today with a tribute to remember the untold legacies of women who shaped India.

Notably, IAWA took the initiative to honour ladies around the world in the name of Saraswatibhai, wife of Dada Saheb Phalke

Successful Women who have accomplished their Mission in their life, crossing all hurdles,with positive attitude, were being AWARDED with beautiful WAA TROPHY and certificate of accomplishment.

Dadasaheb Phalke ji, The maker of India’s first full-length feature film Raja Harishchandra, is a commonly known name. Every year, A prestigious award is given by his name to members of outstanding achievement in the film fraternity.

Chandrashekhar Pusalkar ji, Grandson of Dadasaheb phalke ji opened heart with IAWA President and said he would like a similar honor for his grandmother, Saraswatibai Dadasaheb Phalke. He said, We would be happy if Saraswatibai ji’s contribution is recognized in some way. At least, an award in her name.So Saraswatibai Dada Saheb Phalke Award had been started from 2019 to felicitate the female Actress and technicians of film fraternity.

He said DadaSaheb ji would not been Father of cinema without the support of his wife who stood like pillar in his life even though she was 22 years younger to Dadaseheb ji. She was a producer, Editor, Technician and above all a Cook with him.