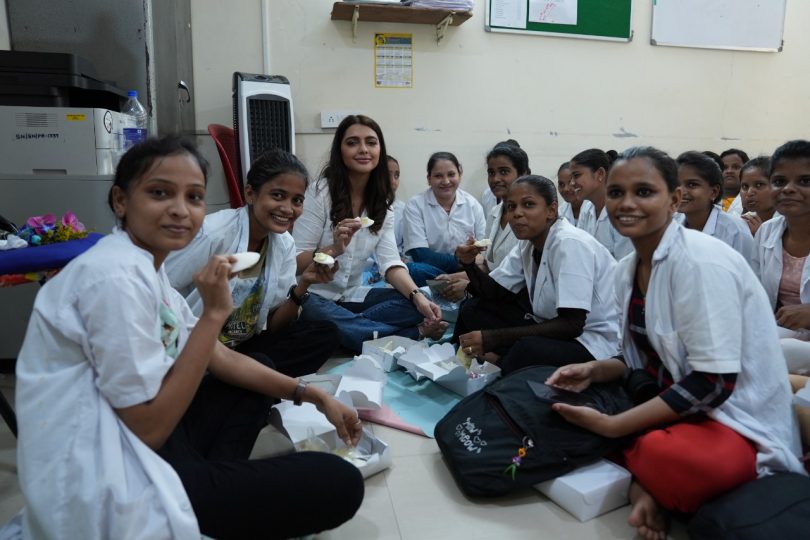 Written by admin
Former Miss India and model Ruhi Singh visited an NGO on 29th April to do her part for Women’s Empowerment. The Runaway Lugaai actress got engaged with the staff and residents, talking to them about women empowerment and being independent in today’s world.
Talking about her visit and the initiatives taken by the NGO for the betterment of women and children she says, “Women empowerment should not just be a theoretical issue but one in practice. By helping these women who have faced difficulties in marriage and have been trapped in unforeseeable situations and guiding them about opportunities and resources that the government has made available for them, we should encourage them to be financially independent and not be dependent on on anyone in life. We are making sure that India as a nation progresses. 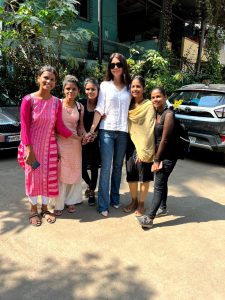 Organisers at this NGO have done amazing things like launching courses that train them in not just nursing but also in english speaking, personality development and much more. They uplift and motivate women to be much more confident than what they had been before.”
The heads of the NGO tell us,” We have women who are from abusive households, or those who become sole bread earners because of death in family and we try to reach out to them as much as possible. Many of them recover and fly away and also end up sharing their stories and seeking support from SNEHA, for example, we have helped a few of the students in the past to get out of abusive situations in their homes through interventions made from SNEHA’s Prevention of Violence against women and children programme.”

On the work front, Ruhi Singh’s Runaway Lugaai which was nominated for Best Actor at the Filmfare awards did great things for her career. Mosagallu, Arjun And Anu, and Chakravyuh are some other feathers in her cap while Ruhi, who was also nominated for Filmfare OTT Awards 2021, has launched her latest show,The Greatest of All Time, on Snapchat. The Snapchat original has been released globally. She will be headlining the Netflix Original Series called ‘Social Currency’ which is a reality show.