The story of Jagrati’s journey from Damoh, a small area of Madhya Pradesh to Mumbai film industry, is quite inspiring, actress Jagriti Singh Parihar needs no introduction. She is quite popular for effectively portraying her role in the TV show Bhabhiji Ghar Par Hain. Actress Jagriti Singh Parihar gives full credit to the producers for playing multiple characters in just one show. Significantly, Jagriti has played about 12 characters in this show.
She says, “I am really fortunate to be a part of Bhabhiji Ghar Par Hai. I have had the privilege of playing multiple roles in a single show. I don’t think any actor has done that. From playing an air hostess to playing one From a neighbor, a thug to a maid, I have done a variety of roles, all of which are different from each other.”
Jagriti believes that “the character sketch of any show matters the most. If the character is engaging and well written and molded, the audience gets to remember it.” 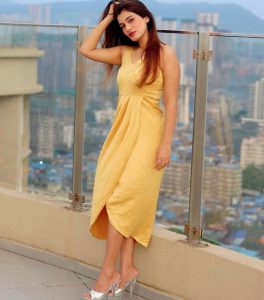 Jagrati Singh Parihar hails from Damoh district of Madhya Pradesh. He did his schooling from Damoh itself and went to Bhopal for further studies. Master’s in Sports Physiotherapy degree. She was the runner up in the pageant of Miss Bhopal. She was also the winner in many beauty pageants. Started work as a Physiotherapist in Nanavati Hospital, Mumbai. Along with this, she also kept auditioning for acting. After working in Nanavati Hospital for 4-5 months, she got work in the famous serial Bhabhi Ji Ghar Par Hain.
She was entered in this show in the role of Gulbia, wife of Chhedi Singh, later did many roles including the wife of Masterji. Jagriti has worked in many serials including Zoo, Happu Ki Ultan Paltan, Jija Ji Chhat Per Hain. For the last one and a half years, he is also getting offers for music videos. Two of his songs “Haar Le” and “Desi” have become popular with the release. Apart from these, 4-5 songs are going to come, one of them “Hanju” song is going to come this month.
Apart from serials, music videos, she is also going to be seen in 2 Telugu films. The shooting of one film has been completed while the shooting of one film is going on. 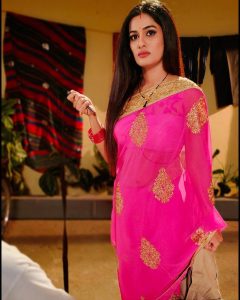 Jagriti Singh Parihar, who was a big fan of Aishwarya Rai since childhood, used to dance on Aishwarya’s songs. When she used to dance in school, her friends were very impressed and asked her to join the Bollywood industry. Even in college, people used to talk about Jagriti to become a heroine. Used to motivate her to become an actress, but Jagriti believes in giving priority to education. He never thought that leaving his studies incomplete in the middle, he should struggle in the film industry to fulfill his hobby.
Jagriti Singh Parihar, who was the third runner up in Miss World Glory, says that if you have an art, it does not hide it. The city of Mumbai has been an art lover anyway.
Since she hails from a small town, she never told her family about her hobby of becoming an actress during her studies. When Bhabhi Ji Ghar Pe Hain was selected, shot and the first episode was telecast, he told the family about acting. Since this serial was watched by his family members, all his relatives, even today, when he saw him on TV for the first time, he was overjoyed, he asked Jagriti that hey how did you reach there? 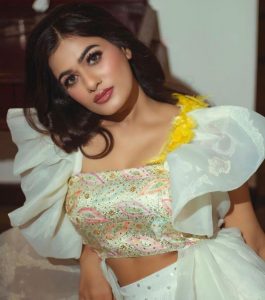 She believes that education teaches a person to do anything in life through the system. Education makes you intelligent, grooms you. For those girls from small town like Damoh of MP who are interested in acting and want to fulfill their dream by going to Mumbai, Jagriti says that I would ask them to complete your education first. Education teaches you to stand on your own feet. There is a do or die situation for the girls who leave their studies and come to Mumbai. Many girls later regret that they did not complete their studies.
Jagriti says that the experience of working in the South film industry was amazing. There is a lot of punctual work and the artists get a lot of respect.