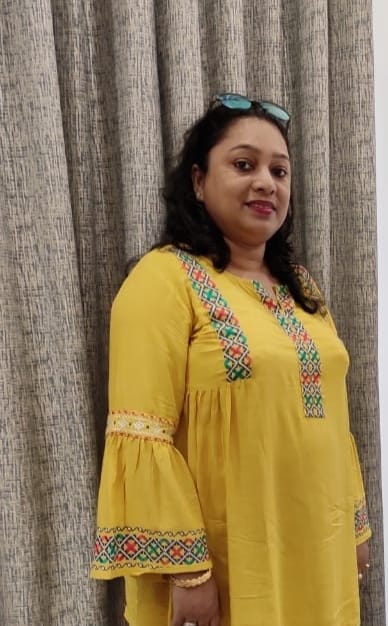 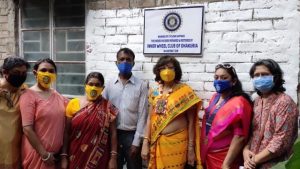 Rita Thirani President of Inner Wheel Club of Dhakuria, Dist-329 came up with different Covid projects to help the needy

In our Inner wheel Social entrepreneur series in this episode we are introducing you to a very dynamic and popular social entrepreneur of IWC who firmly believes in Social service and charity work yes we are talking about Rita Thirani President of Inner Wheel Club of Dhakuria, Dist-329 stepped in with precautions to support Covid affected in this lockdown.

International Inner Wheel is an international women’s organisation to create friendship, service, and understanding. It has clubs in over 100 countries with over 100,000 members. It’s a non-profit organization and known for its charity works. Inner wheel club has a very strong presence in India. More than 3,000 clubs are active in urban as well rural areas of India.

Mumbai: Inner Wheel Club of Dhakuria likewise other Inner wheel clubs have emerged with different projects to aid society amid a pandemic

Rita Thirani, by profession, is Interior Designer and have been associated with  IWC Dhakuria-Kolkata since 2010 and taken various responsibilities as treasurer, Editor, and Secretory as & when given to me and currently serving my Club as President. I believe in the phrase “Vasudhaiva Kutumbakam” which means The whole World is One Family.

AGEING:-
Contributed sarees and petticoats to old women of a slum in South Kolkata
and toiletries, masks with Inner Wheel logo, and sweets to inmates of Matri Mandir Old-age Home in Konnagar.
Donated new saree-petticoat, sweets, fruits along with money to an old laundrywoman in South Kolkata towards Women Empowerment.

CARING FOR WOMEN & GIRLS:-
Donated towards higher education of a needy girl, Samannita Sarkar, of Murshidabad. Tuition fees for training in the tailoring of two orphan girls,
given 50 sarees and 50 petticoats to women of Kholaghata village before Durga puja

Apart from the above, their club has united hands with other clubs in joint projects of bigger scale like distribution of Oxygen Concentrator, Limb Donation, Nurses training, etc in this Pandemic.

The pioneer in the Eastern Indian subcontinent (erstwhile territory extended to West Bengal, North Eastern States of India, and Bangladesh). They belong to the Association of Inner Wheel Clubs in India and are an International Inner Wheel district made up of clubs in south Bengal and the Inner Wheel Club of Port Blair, Andaman in the Bay of Bengal. The total strength is 54 clubs and 1,570 members. A few of the clubs include Contai, Calcutta Junction, Calcutta Mahanagar, North Calcutta, Metro Maidan, Calcutta Mega City, Serampore, Southwest Calcutta, and many more.