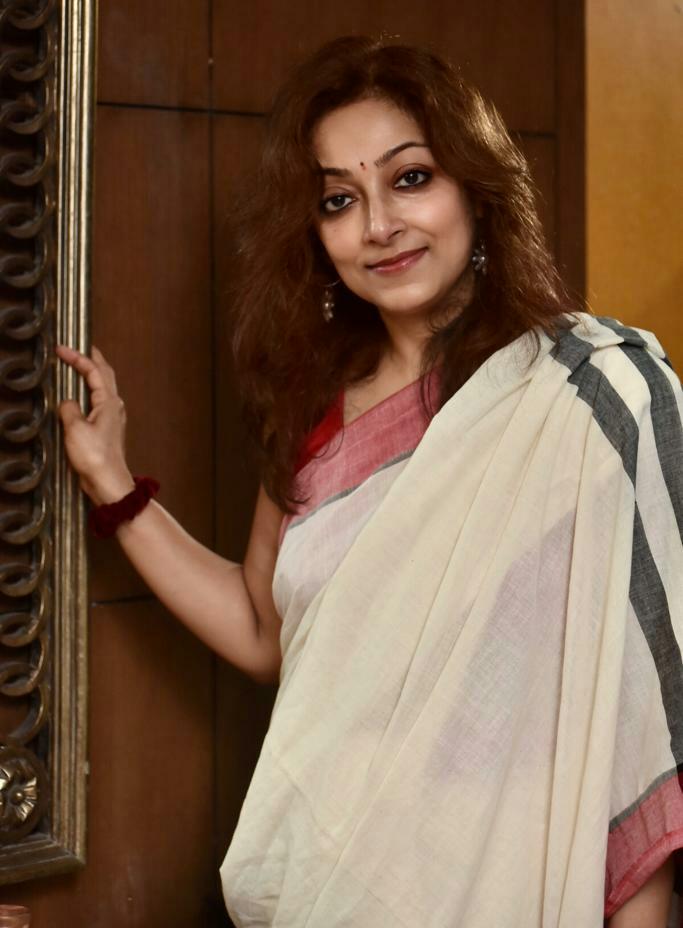 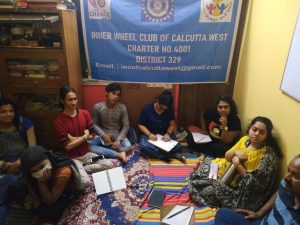 Monolina Dutta Gupta, shared her charity work by saying,”In the months of April and May 2020, our club organised food
distribution for the homeless people, donations of rations and other food essentials to sex workers , nutritional food packages to under children.
Our club celebrated Doctor’s Day by felicitating two young IWC Calcutta West celebrated Doctor’s Day by felicitating two young doctors for their service during the pandemic.
On 16th July, our club organised a workshop to raise awareness about the coronavirus pandemic among the marginalised youth of a locality in Beleghata. The youth were counselled to spread awareness among the residents of the area to 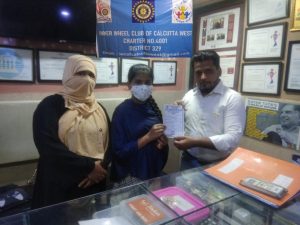 contain the spread of the virus and keep everyone safe.
On 29th July, we co- hosted a tree plantation project along with four other clubs of our District. In continuation with the theme, a
virtual cultural programme was held on 24th August, called Rabindranath and Environment which was graced by the presence of our esteemed District Chairman and other dignitaries.
On 15th August, we endeavoured to support a girl child through Project Balika by sponsoring the annual academic expenses of
twelve year old Taiyaba Kausar Arif.”

She further added,”On the occasion of Independence Day, our club distributed
300 masks, 300 bottles of sanitizers, along with food packets, to homeless labourers on Colootola Street.
On the occasion of Teacher’s Day, our club felicitated three
young teachers who provide tuitions to students from the marginalised
community around Titagarh area with negligible fees, even though they are struggling to make their ends meet. Our club honoured each of them with a certificate of appreciation and gifted them an amount of one thousand rupees each. The project received considerable media coverage.
On 27th September, to mark World River’s Day,
our club organised a clean-up and restoration of a very old community waterbody which helped 130 families in Titagarh area of North 24 Parganas and also helped to make a better and cleaner environment. To mark the International Day of the Elderly, on 1st
October, our club distributed dry rations, fruits,masks,buckets,and woollen garments to 25 elderly inmates of an old age home in
Faridpur village of Midnapore district.
On the occasion of Animal Welfare Day, on 4th October, our club gave food and medicines to People for Animals, in Serampore, Hooghly. We were blessed to have the opportunity to
provide a little love and care to the helpless animals in the shelter on this special day.”

In additional to this Monolina Dutta Gupta said,”Our club had contributed for rehabilitation of underprivileged women of Shamshernagar village by organising and sponsoring vocational training for them. The women have been trained to make organic fertilisers which are packaged and sold to various places.”

When Hello Mumbai News Correspondent asked Monolina Dutta Gupta what type of challenges were faced by her she said,” The main challenge which we faced during lockdown was communication for execution of projects. So many people desperately needed help but we were unable to cope because of lack of adequate resources and manpower. It was heartbreaking that we couldn’t do more but even a little smile on anyone’s face was our biggest reward and motivation”.

Monilina Dutta by giving an appeal to the people said that ,” The message which I would like to convey to everyone is to be kind. Kindness is the most underrated virtue but in moments of grave crisis even a gentle holding of our hands gives us solace. So we should try to be kind and also keep the faith and hope that humanity will prevail finally and we will overcome the crisis.”