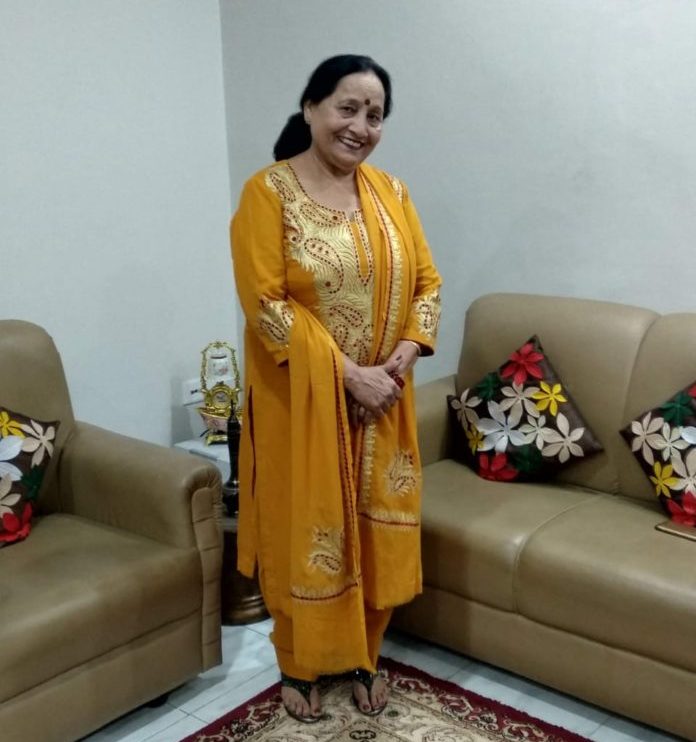 Interacting with Neha Singh, Reva Raina, President Inner Wheel Club Jammu, District 307, said that the Inner Wheel Club’s mission is to promote actions, services, and good practices intended to improve the lives of women and children in the world, through a global network of Members, that voluntarily donate commitment and love for others.

Markedly, Reva Raina is a Retired Deputy Director Sports. The Club was established on 11th November, 1975. Since then, the wheel of charity has been rolling.

The Club had dispersed masks and even distributed ration kits to the needy people. They had also adopted two children from BALGRAN Orphanage and they paid their education fees. On the occasion of Annapurna Day, they had served lunch to the children. They distributed immunity boosting Ayurveda Medicine such as Ashwagandha, Chawanprakash etc. Yoga experts demonstrated yoga to the children and explained them the benefits of yoga.

Besides this, they have dispersed masks, Sanitizers, gloves, energy drinks etc. to the police officials and even honored doctors for their enormous efforts.

Notably, they had also acquired a barren land for creating IWC Forest. Till now they have planted 1,500 plants. They had also distributed clothes to the labourers who helped them in digging and planting plants.

Furthermore, Reva is into charity since past eight years. For the first four years, she worked as a member, and later was bestowed with the post of Secretary to serve the Club for two years. In the preceding year, she served as a President and again this year she is serving as a President of the Club.

She is grateful to Dr. Sonika Gupta, Dr. Anju Jamwal, Dr. Meena Sharma and other members who helped her in this initiative. She went on to add that the District 307, Chairperson, Mrs. Sonika Gupta, is very enthusiastic and provided full support to the Presidents of her District.

Finally, she conveys her message to the citizens by saying “I would advise citizens to co-operate with the government and follow their protocols – Stay Home, Stay Safe. Don’t panic, but just take proper precautions.”