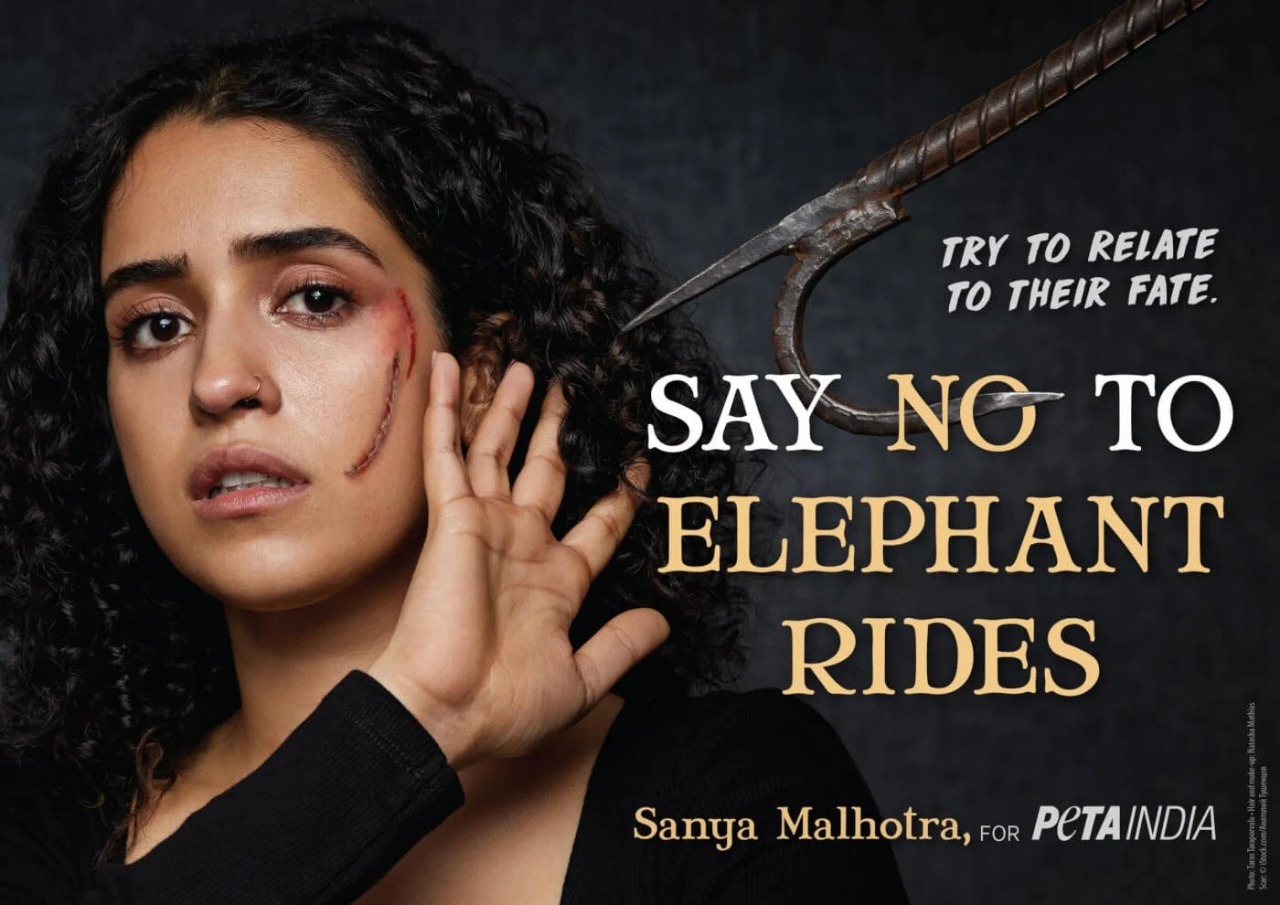 Mumbai – Star of the recent Netflix black comedy Pagglait Sanya Malhotra is turning heads once again for a new World Elephant Day (12 August) campaign with People for the Ethical Treatment of Animals (PETA) India. Shot by ace photographer Taras Taraporvala, the ad features Malhotra with a ghastly “cut” on her face seemingly made by an ankus (a vile device used to control elephants) and asks fans to “try to relate” to animals’ fate by never riding an elephant. Her hairstyling and make-up were done by Natasha Mathias.

*The print campaign can be viewed and downloaded here: https://www.petaindia.com/wp-content/uploads/2021/08/Sanya-Malhotra-Elephant-Rides-Ad-scaled.jpg*

*and the accompanying video interview can be viewed here: https://www.youtube.com/watch?v=1UPxDErubp0*

“When I act on screen or dance, I do so because it brings me true joy,” says Malhotra. “But the elephants used for ‘joyrides’ and performances don’t have a choice at all: they are beaten into submission and usually never get to see their families again.”

Often when they’re just 2 years old, baby elephants are torn away from their mothers and either tied up between trees with heavy chains and ropes – causing painful burns – or confined to a cramped wooden enclosure called a kraal. To break their spirits and force them to obey, trainers then beat the young elephants with sticks and jab them with an ankus – a weapon with a sharp metal hook on one end, such as the one shown in the ad featuring Malhotra.

Malhotra mostly appears in Hindi films and has had recent parts in Shakuntala Devi and Ludo. Her upcoming film roles for 2021 include ones in Meenakshi Sundareshwar and Love Hostel.

PETA India – whose motto reads, in part, that “animals are not ours to use for entertainment” – opposes speciesism, a human-supremacist worldview.