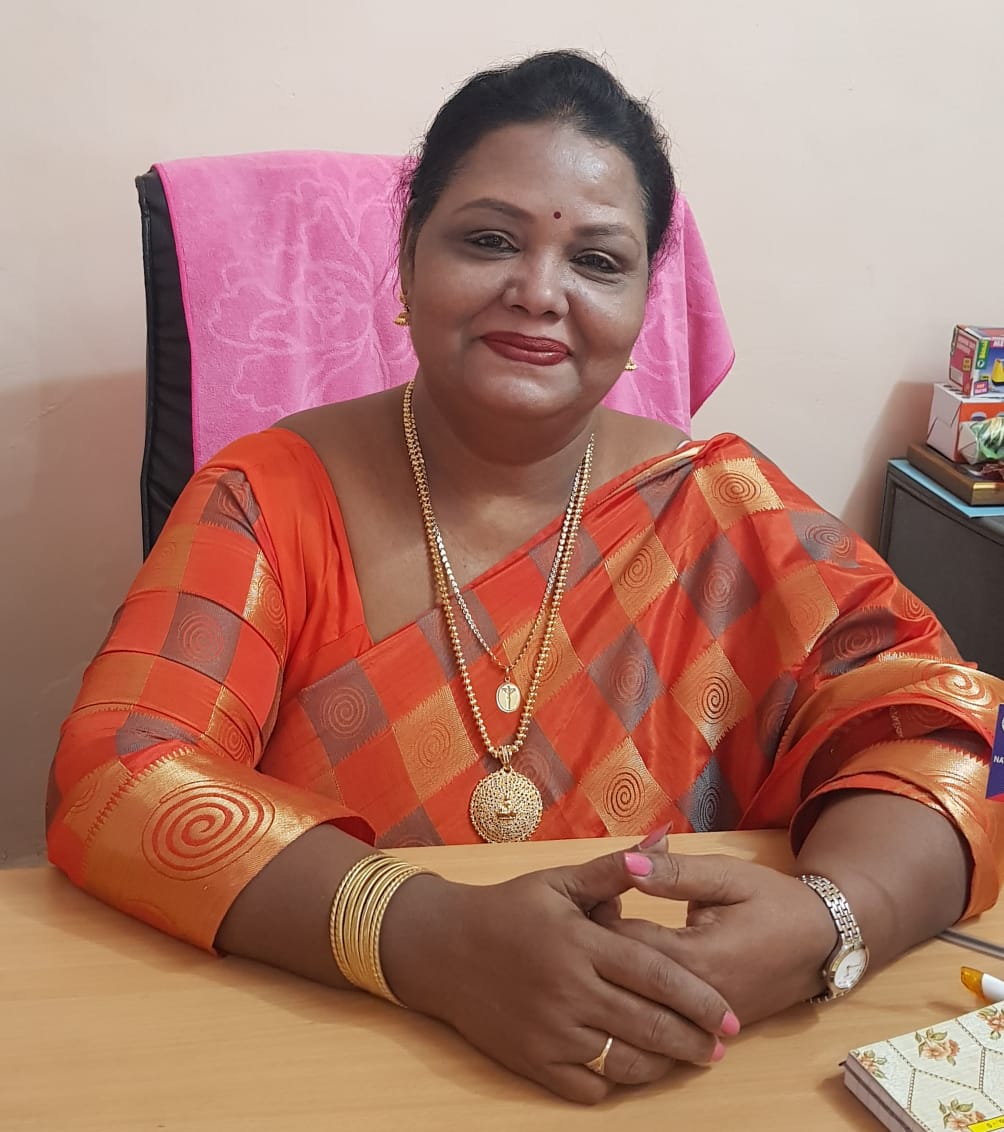 Picture of Rozy Irani with other Social activist during charity event.

Female Social  entrepreneurship is vital for our future. Collectively we can make a change by closing the gap between men and women in the workforce.
Social entrepreneurs are those adventurous, daredevils who drive deep into the pressing problems of society and try to find solutions to them, not by leaving the responsibilities in the reins of the government or business, but by trying to change systems as a whole and persuading societies to take new initiatives

In our social Entrepreneur series today We are introducing you a very dynamic and popular social Entrepreneur of Mira Road who always belives in Women Empowerment and Social service is passion for her. Yes we are talking about Rozy Irani she shared her Entrepreneurial Journey with Hello Womeniya Correspondent Ruchika Sawant.

Born in a Catholic middle-class family in Chennai, Rosy too, like most other girls, was brought to believe that she can study, be happily married and settle down. So, she studied well and landed a job for herself in Chennai, where she started to build her life. Little did she know, working there, she’d be introduced to her soulmate, who happened to belong to a Parsi family. Inter-faith marriages were, and are still uncommon in the South, and for the same reason, this alliance was highly unacceptable to their families initially. Although, after a lot of convincing, Rosy got married and settled down.

Her dreams of a happily married life were all coming true. She and her husband treated each other as equals in their relationship. Later on, they were blessed with a daughter, and then a son. It felt like living in a fairy-tale world. Life was going well…
Into the tenth year of their marriage, Rosy’s life took a devastating turn, as she watched her husband die with a brain haemorrhage. Within an instant, her life started crumbling down, and as per societal standards, she became a widow. Both her children were still quite young. She was suddenly unsure of her own identity. Somewhere along the lines of growing up, being groomed to be a good and educated homemaker, getting married and having a family, Rosy had subconsciously accepted that she was just an extension of her husband’s identity. Now she was arriving at the conclusion that, without a man, there is no security in a woman’s life.
After the grief settled down, Rosy took the responsibility of taking care of herself and her children, taking life by her hands and choosing to live the way she wants and give a beautiful life to her children. She believes that one can do this only when one is able to make their own choices and be at peace with it. Rosy had to provide for her children, which became her motivation. In the year of 2002, she started St. Mary’s Academy, her own play group school, which helped her further to build a better life.

The hardships and challenges women face, whether married, widowed or single, started becoming clearer to her after getting to know the people around her. Rosy just wanted to spread a message to everyone, that a woman should only rely on herself. It doesn’t matter if you’re old, but using your own strength and capabilities, you can succeed. 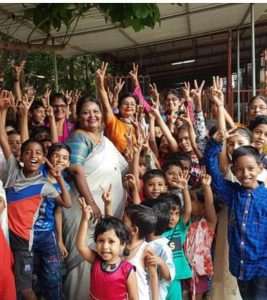 To serve the people and to spread this message, she became a part of groups such as National Human Rights & anti-Corruption force (NHRC), National Child and Woman Development Council (NCWDC). She wanted to create awareness in the society, and work towards women empowerment for their rights. Her circle kept growing, while the support she got from her children and the women around her kept getting stronger. Eventually, she formed her own trust named as Ultimate Social and Education Foundation (USEF) in the year 2016, but didn’t just stop there.
From giving motivational talks to ladies, to conducting seminars on the topics of health, education, self-employment, etc., she has done it all. Rosy has also distributed food grains for the underprivileged, providing study material for children on many occasions. She has also organised medical camps for senior citizens. Even during the ongoing pandemic period, she has distributed masks, soaps and much more, while creating awareness about maintaining hygiene.

To name a few of her achievements, she has received the honorary award doctorate from international foundation, certificate of appreciation – corona warrior from National Child and Woman Development Council (NCWDC). In the year 2018, she served as the Maharashtra Chair person in women and child development. Rosy served as the National secretary for the NHRC, special peace award from cultural council of India, and many more.

Rosy didn’t allow her hardships to demotivate her. Instead, she was encouraged by it and decided to not let other women face the difficulties as she did. She didn’t just raise her children, but also the women who needed help and courage to get by. Today, she is connected with many other organizations, helping women to stand on their own feet and making the world a better place, one step at a time.

According to Rosy, life is a journey, not a destination. A journey that has brought her to learn, to experience, to make friends. She doesn’t know if she should stop here, but it is definitely a major landmark in the journey she has embarked on. Rosy is grateful for the blessings that God bestowed on her in this journey. She also states that this journey wouldn’t have been possible without the support of her children, Delshad and Anosh, who have been the main pillars of her support in this path.