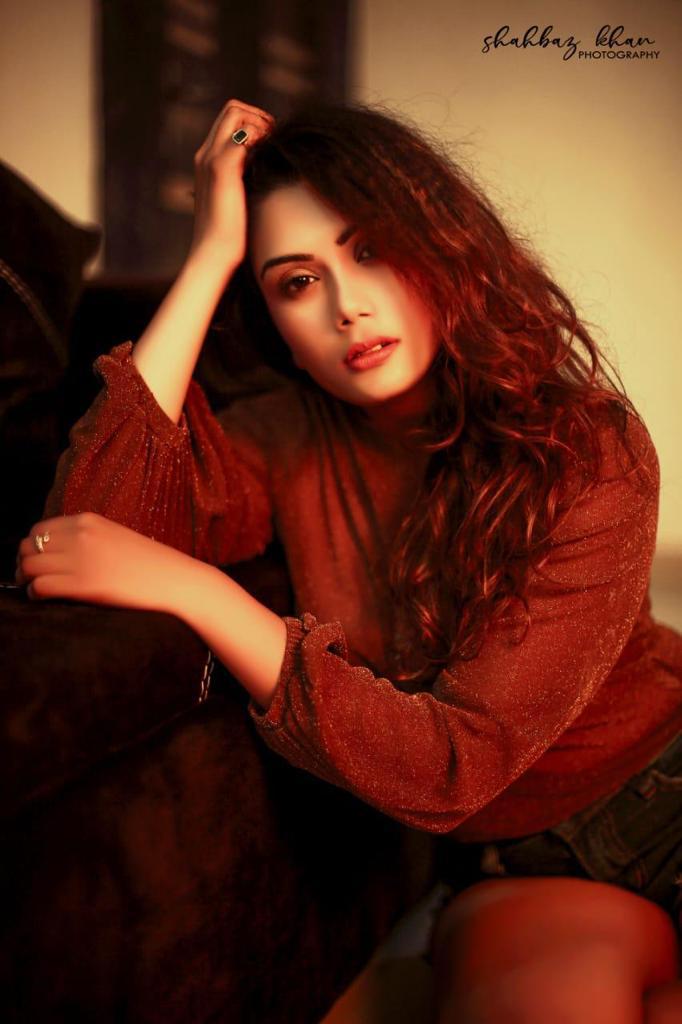 Barkha Rathore is no newcomer to the dazzling world of glamour and neons. She is a much talented actress who has set her foot in Bollywood after having worked in Television Serials. She is known as Bhagyalaxmi in South Indian Film Industry.

To much more of this beautiful and talented actress, Hello Mumbai News Correspondent Janvi S. Panjwani took the opportunity to rope in Barkha Rathore for an exclusive Interview.

Excerpts of the interview :

Janvi : Hello Barkha Ma’am, Welcome to Hello Mumbai News.
How did you choose Acting as your professional ?
Barkha: Amidst pause revealed, “my career into the acting arena started from Chandigarh Theatre titled “Samvaad Theatre Group” and the erstwhile director was Mukesh Sharma. Thereafter I landed in Mumbai, the “Mecca” of Hindi Cinema, Bollywood.
Janvi :- Which has been your recent shoot ?
Barkha: The recent shoot which I did was for South Movie in Hyderabad. I share a lead role with Amresh Raju. Also I shot for a Telugu movie in the pivotal role with Amresh Raju. This movie is slated early next month release.

Janvi: Barkha Ma’am, having done many serials which according to you has been the best for you and which has left an indelible mark?
Barkha :- My experience was great by doing serials namely ” Choti Sardarni and Paramawtar Shri Krishna ” Paramawtar Shri Krishna is a mythology based story in which I play gained a lot of experience , Also there wasn’t enough time to get ready for the shoot
So I bid adieu and landed in Mumbai to get a break in Hindi Films
Prior to stepping into the Entertainment Industry I had worked in an Automobile company and had floated my own NGO in Chandigarh .
But then shifted to Mumbai and the NGO was left in the back burner. Though stopped now but I’ll again re-open it soon.
Janvi :- Have u done any short films ?
Barkha : Amidst a smile, Barkha revealed she had recently shot for a short film with Sanjay Suri titled “Call him Addy ” released in last October and which was selected for National Film Festival. This was aired in October on ” YouTube”

File Picture of Barkha Rathod in the movie “Call him Eddy”

Janvi:- Barkhaji, have you shot for any regional films ?
Barkha: Yes Janvi. “I have done a Hindi movie titled ” Badtameez love” slated for release in First Week of April on OTD platform.
The other movie which I shot for was “Undoubtedly Surgeon” directed by Amit Aseem. This will be uploaded next month. Another movie which am doing is with Romil Chaudhary slated for April release..
And also i have done a web series titled ” Dulhan” which will aired on Netflix and it’s a horror based movie.

Picture of Barkha Rathod in the movie ” BADTAMEEZ LOVE”

Picture of Barkha Rathod in the movie ” Undoubtedly surgeon”

Janvi: Which was your first Serial ?
Barkha :- My first serial was  Chakrdhari Ajay Krishna a mythology based story in the year 2017.

Janvi :- In next future where we all will see you ?
Barkha:- Mainly, you all will see me in Movies ( big screen)
Janvi:- And if you get an offer for a serial what will be your first priority a Film or a serial ?
Barkha :Obviously, my first priority will be for Feature Films. For oríj serials if they give a long term role then I’ll try to switch to serials as well.