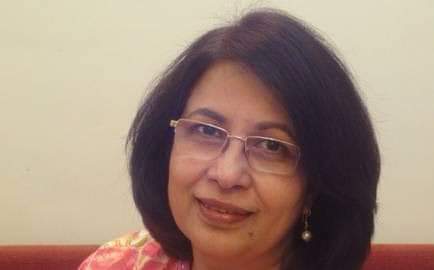 It comes as a saddenning news of the untimely demise of Shashi Baliga, one-time Editor of Filmfare of the Times of India Group of Publications due to Covid pandemic.

The appointment of Shashi Baliga, as Editor of Filmfare came as a surprise for many industry specialists since it is one of the first instances of a non-film journalist being appointed as the Editor of a Film magazine.

Shashi was an enterprising Editor and had introduced interesting topics in Filmfare. She was easily accessible to people and was always cooperative..She was much liked by some Celebrities.

Shashi’s last assignment was as Head- Content & Design at Tata Internet Services. Before her stint with Tatas, Baliga worked for close to a decade with The Times of India Group. She has also worked with Savvy of Magna Publications of Media Baron Nari Hira as Feature Editor. Baliga had also worked with the The Independent. Baliga later joined Femina as the Senior Assistant Editor, which was her last assignment prior to joining Tatas.

While Baliga has primarily had journalistic experience throughout her career, insiders from The Times view her appointment as a move by The Group to appoint an Editor with multi-disciplinary skills, and a brand management perspective.

In her earlier tenure at Times, Baliga was involved with several new initiatives and special supplements brought out by The Times. In her tenure with Tatas, Baliga had an operational involvement with a diverse range of portals launched by the Tata”s – these included Womannova.com, Rupeenova.com and Travnova.com.

The 2nd Wave of Covid-19 has turned severity and the pandemic has caused deaths of many important people in variegated professions. The impact of the 1st Covid wasn’t that serious and life damager such as the 2nd wave. The 2nd wave has also brought in
Economic downturn.

The pandemic which hit the shores of our country last March now has proved to be disastrous to lives. Many Bollywood Personalities and Media Personalities have succumbed to the deadly virus. May her soul rest in eternal peace.