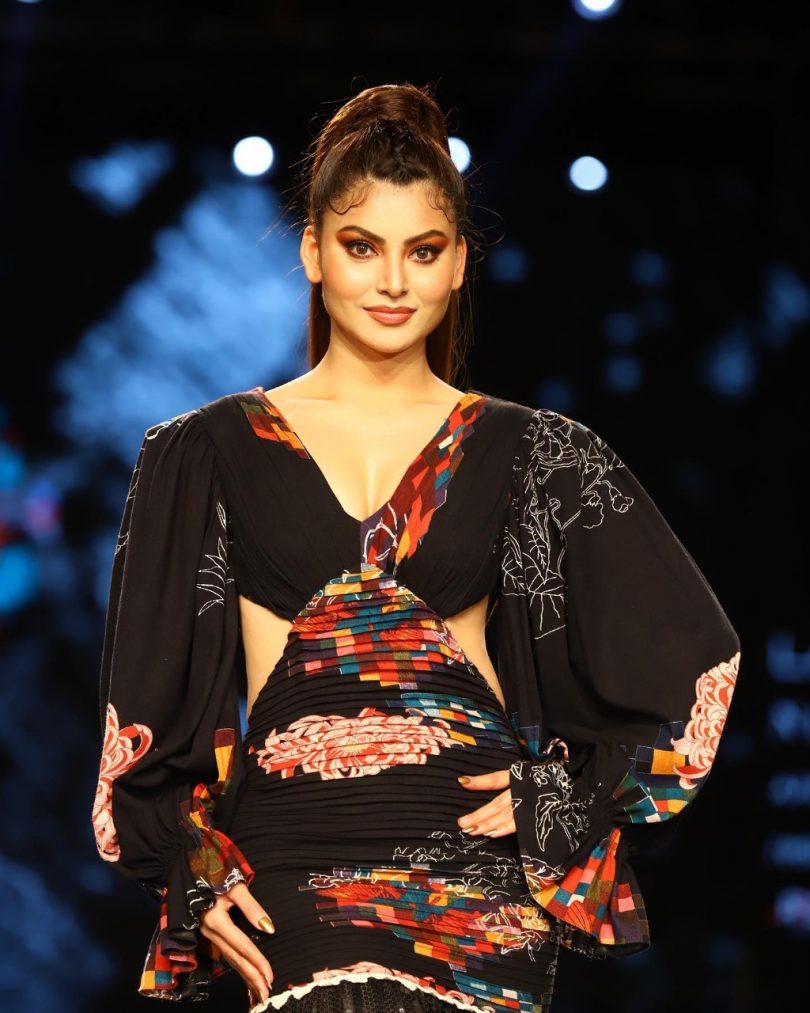 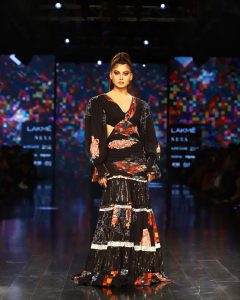 Urvashi Rautela Sets The Ramp On Fire As A Showstopper At The Grand Finale Show, Looking No Less Than A Goddess For Reynu Taandon And Nikhita Tandon At The FDCI Lakme Fashion Week

Urvashi Rautela has never failed to make us go insane with her scintillating personality and her alluring look. Bollywood’s youngest superstar has no way to look back, and the actress has yet again stolen our hearts as she set the ramp on fire at the grand finale of the FDCI Lakme Fashion Week 2022 that took place in Delhi

Urvashi took to her Instagram and shared pictures and videos of herself gracing the ram for the ace designers Reynu Taandon and Nikhita Tandon, Urvashi looked like a perfect fit in that dress, where the actress wore a body fitting dress which had a deep v cut line along with cuts on the waist which flaunted her toned physique with full balloon sleeves and a long frill at the bottom of the dress where the actress flaunted the frill of the dress. Talking about the makeup, Urvashi went in with all nude shades, with perfect smudged nude eyeshadows along with a soft pink lip shade, which enhanced the entire look. Talking about the hair, the actress rounded off her look with a high, long slit ponytail, which made her look stunning. The actress slayed the ramp walk with full confidence and grace, which definitely stole the entire limelight and the hearts of the audience

Urvashi being the showstopper, knew how they steal the attention and make people aware of the message that the designer, Reynu Taandon and Nikhita Tandon for Pret resort collection, for “I am worth It”. The aim is to spread the importance of women’s empowerment and that women are worth everything and anything.

On the work front, Urvashi Rautela was last seen judging the Miss Universe Pageant 2021, actress also bagged appreciation for her international song Versace Baby alongside Arab fame Mohamed Ramadan. Urvashi will also be seen in the Jio studios web series ‘Inspector Avinash’ opposite Randeep Hooda in a lead role. The actress is going to play the lead role in a bilingual thriller “Black Rose” along with the Hindi remake of “Thiruttu Payale 2”. Apart from that the actress will be making her Tamil debut with the 200 crore big-budget film “The Legend” opposite Saravana