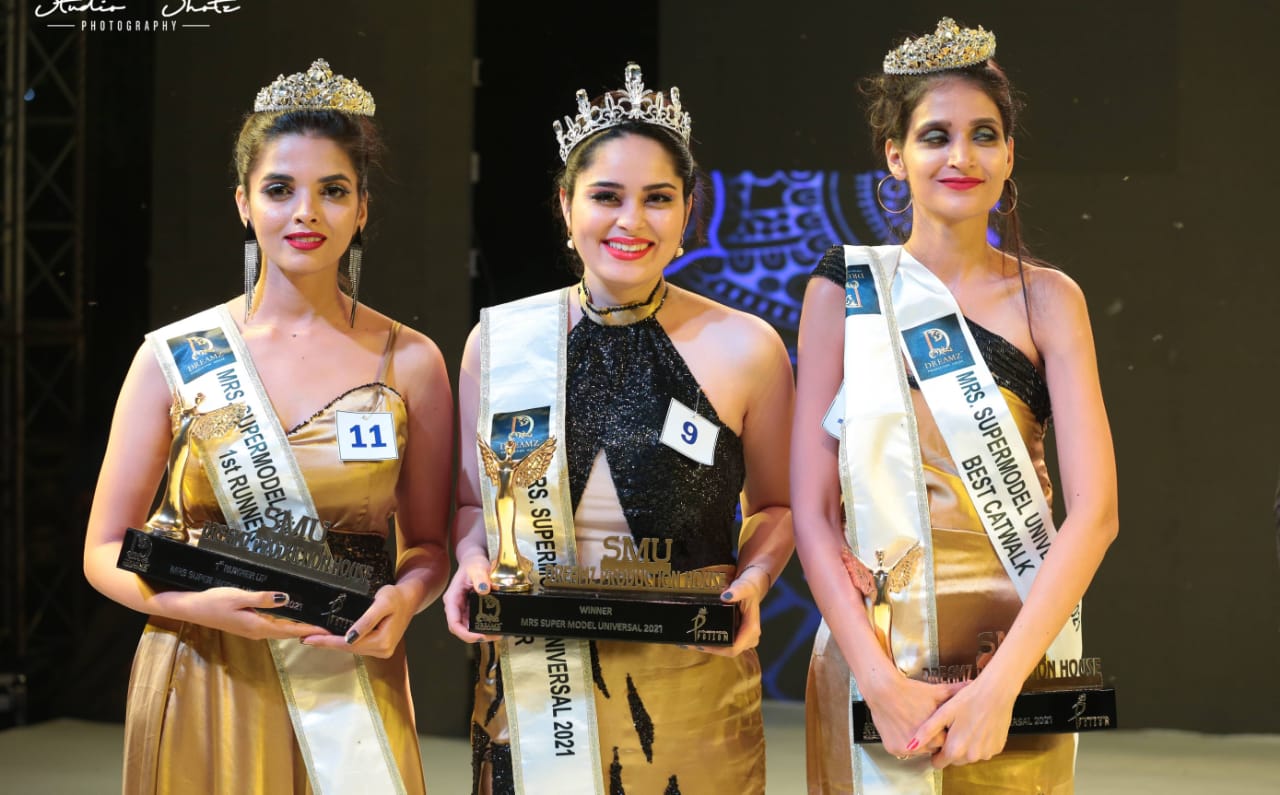 Pune, October 19, 2021: Dreamz Production House, well known in the modelling and fashion industry hosted one of the biggest & prestigious events of this year, Mr, Miss & Mrs. Supermodel International 2021 recently in Lucknow. This event was an exciting platform for the talent across the country as the pageant team visited over 30 cities to audition contestants. The show was a grand success as it welcomed a total of 74 boys, 40 girls and 12 women in multiple categories from all over the country.  Sushmita Bhandari Kothari from Pune clinched the title of Mrs India Supermodel International 2021 and the 1st and 2nd runners up positions were bagged by Pooja Karwasra from Jaipur and Isha Dhankar from Gurugram, respectively.

Always keen and excited about acting and modelling, Sushmita started her career at the age of 16. Coming from a musical family, where her father and elder sister are playback singers, she was always surrounded by a glamorous world. As music in her genes, she has performed on stage all over the world like Australia, New Zealand, USA, etc individually. She has also shared the stage with singers like Rahul Vaidya, Sudesh Bhosle, Shankar Mahadevan etc. She also won the reality show called killer karaoke. “Where there is a will, there is a way,” says Sushmita after winning the contest. She also featured in commercial advertisements with Anil Kapoor in Malabar Gold & Diamonds, Rising star promo with Shankar Mahadevan etc. Sushmita has also worked with renowned celebrities such as Ajay Devgan, Kajol, Saif Ali Khan, and Nawazuddin Siddiqui. 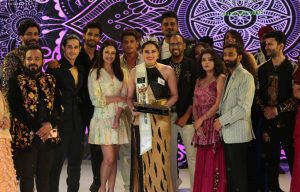 “We have always received tremendous response for our show and we have made our mark this year too. Dreamz Production House aims to successfully provide an integrated platform for the new and aspiring Indian models from different cities in the country to make their dream of modeling, fashion, theatre, television and films come true. Our amazing panel members are achievers in their right and have served as an inspiration to our participants.” said Sharad Chaudhary, Founder, Dreamz Production House.

Ace TV personality Prince Narula served as the brand ambassador of the show, and a host of celebrities as jury from film and entertainment fraternity graced the much-talked-about show. Some of the names include Sharad Chaudhary, the man behind Dreamz Production House, Rahul Gupta, Prince Narula, Anubha Vashisth, Yuvika Chaudhary, Priyank Sharma, Anushka Sharma, Rohit Khandelwal, Mrs Preeti Kumari, and Namita Jain amongst others. Mr Rahul Gupta and Mr. Tarun Rathi were the chief guests.

“Dreamz Production House hosts one of the most glamorous and sought-after beauty pageants in the country and aims to provide an exceptional platform to deserving participants to display their talents and build their confidence. While the event had few winners, it gave a platform to many of them who are sure to rule the ramp in future. The efforts that Sharad and his team put in are commendable and we need more such production houses to provide suitable platforms catering to every young talent in India,” said Prince Narula, brand ambassador for Dreamz Production House.

Anubha Vashisth, co-owner of Dreamz Production House, said “Beauty pageants are much more than just being beautiful; they are about being strong physically, mentally as well as emotionally. Mr, Miss & Mrs. Supermodel International 2021 is a platform that’s committed to giving participants a chance to showcase their talent and shine as an individual. The way the modelling and the fashion world have been growing since the last few years can be attributed to the extraordinary talents of professionals and entrepreneurs of the industry. These professionals have made maximum headlines for the kind of resilience, passion and commitment they have shown to take the industry to the next level of success.”