One of the most viewed and celebrated crime-thriller series, Mirzapur harnessed the power of streaming and won the audience over with unexpected twists and turns and memorable characters. As the second season of the series arrives on its first anniversary, we decode ‘Beena Tripathi’, the character essayed by Rasika Dugal.

What is it about this character that sets it apart? The lady of the notorious Tripathi household is one of the prime highlights of the series premised on ambition, power and greed that threatens the eponymous city. Without a doubt, what makes Beena beguiling is her charm, intelligence and adaptability. 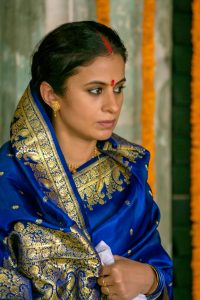 In the first season, the makers established the traits of the character well enough to spur excitement about Rasika revisiting it in Season 2. Beena is among those women in the series who make victory look easy. Strong-willed, Beena is sharp and holds her own in the patriarchal family. Using the norms to her advantage, she employs clever manoeuvres to manipulate the men in the Tripathi family with opportunism. After years of humiliation in the male-dominated family, Beena plays every single male character to her benefit.

Rasika Dugal says, “Congratulations to the entire team of Mirzapur Season 2 on clocking a year. For a series to have been in the public memory for so long and so consistently speaks to the quality of its content. Essaying Beena Tripathi, who is a puppeteer of power, has been a creatively enriching journey for me. Beena is everything I am not and that made it so much fun to be her. It also feels great to be remembered as Beena amongst viewers who are always excited about what’s coming next.