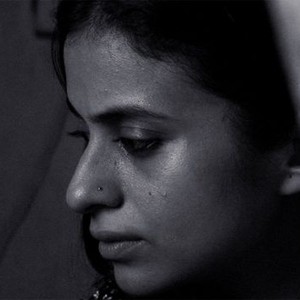 29th September 2021: This week, Bandra Film Festival will be showcasing movies under the ‘Fantasy’ category, a genre specializing in fantasy & psychological drama. BFF, a digital film festival presented by Filmkaravan in collaboration with YouTube has been entertaining the audience with its unique lineups and in the coming week the viewers will be enticed with three films- Kshay, Khyanikaa and Naach Ganesh. These distinctively varied films under the Fantasy category will be streaming live from 4th October 2021.

Rasika Duggal who’s known for her restrained yet power packed performances is excited to see her film Kshay getting screened at the Bandra Film Festival. This 1 hr 32 mins indie film revolves around Chhaya (Rasika Dugal) who gets enamoured by a white statue of goddess Laxmi and wants to have it at any cost. The husband, who is struggling to make ends meet, agrees to get it once he has money. Soon, however, her desire takes an obsessive turn to disastrous consequences.

Talking about her film Kshay screening at Bandra Film Festival, Rasika Duggal said, “I am so happy with the love this film has received over the years. Kshay was shot on a shoestring budget over weekends with a four member crew. We travelled to set on Karan’s (Karan Gour director) bike, did our own make up and finally dubbed  the film in a two bedroom house at midnight to avoid traffic noise.  Kshay was my first film in a lead part and the experience of being Chhaya in a character driven script was a treat for an actor. With Kshay, I received appreciation for my performance from critics in different parts of the world when the film travelled to film festivals and also on its release in India. It was very encouraging to have my work reviewed like that. It made me believe that there is a pay off to brave decisions, hard work and believing in what you are doing when most others didn’t. I am delighted the film is part of this film festival and I hope through BFF’s platform more people will know about it.”

Apart from Kshay, 4th October’s line-up also includes two more fabulous films. ‘Khyanikaa’, directed by Amartya Bhattacharyya , is a fantasy driven tale of two men, a poet and a painter, claiming possession over the same idea, in a rural setup portrayed as a wonderland. It stars Amartya Bhattacharyya, Choudhury Jayaprakash Das & Chaitali Gharami. The next title is ‘Naach Ganesh’, a short drama directed by Bikas Mishra, is a story about a tribal dancer who has to choose between survival and preserving his family tradition of ritual Ganseh dancing. The film also stars Hemant Mahto, Aganu Kumar & Balram Mahto.

Bandra Film Festival (BFF) is  a digital film festival presented by Filmkaravan in collaboration with YouTube with an aim to provide a solid platform that helps lesser known films & filmmakers reach a wider audience virtually. The programming cuts across formats and genres and arguably one of the most inclusive cinematic endeavours of our times.