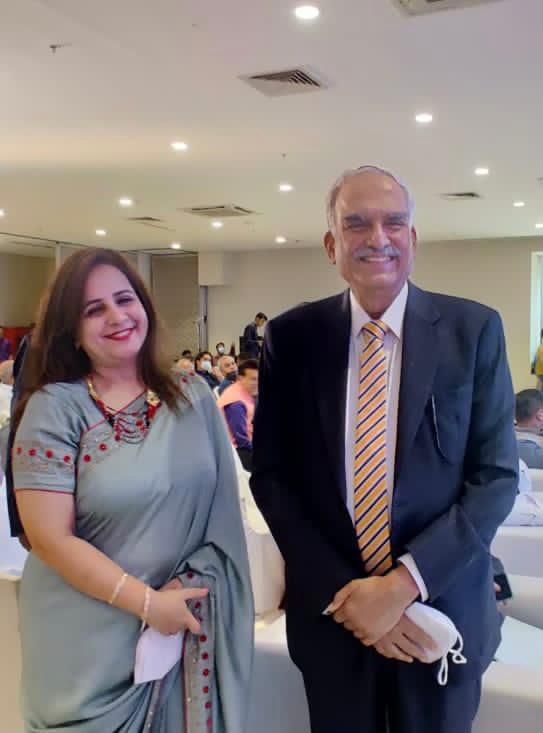 To mark the launch it had Invited D.Sivanandan, Ex-DGP, Maharashtra, and Security Expert, as a Special Guest. Also invited and present on the occasion were V.Balachandran, IPS, Former Special Secretary , Cabinet Secretariat who wrote the Pradhan Committee report, Adv. Ashish Shelar and other eminent dignitaries….

Speaking at the launch of Brahma Research Foundation (BRF), a think tank focusing on public policy and strategic issues impacting India, nationally and internationally, he states that “In the 13 years since 26/11 Mumbai attacks, there have been attacks on Indian soil, like the ones in Uri and Pathankot. Mumbai Police, Navy and Coast Guards are better trained and equipped now to prevent and tackle terror attacks.

Addressing the media after a presentation on implementation of Pradhan Committee report at BRF’s seminar he stated that it can’t be said that another 26/11-like attack can’t happen. We have to prepare ourselves for cyber attacks as the nature of terror attacks has changed,”

Notably, Sivanandan took over as City Police Chief after 26/11 and implemented steps. Pradhan Committee had recommended to strengthen police.

Reportedly, legislator Advocate Ashish Shelar was among those who attended the discussion. As per V.Balachandran, Retired IPS Officer and Special Secretary, Cabinet Secretariat, the security establishment in US saw 26/11, the first urban terror attack which got controlled by handlers based in a foreign land (Pakistan’s Karachi) as a ‘dress rehearsal’ for attacks on mainland America.

Applauding the brave officers and police personnel who fought terrorists valiantly, Balachandran affirmed that “our Police did not run away” though fired upon by Fidayeen.