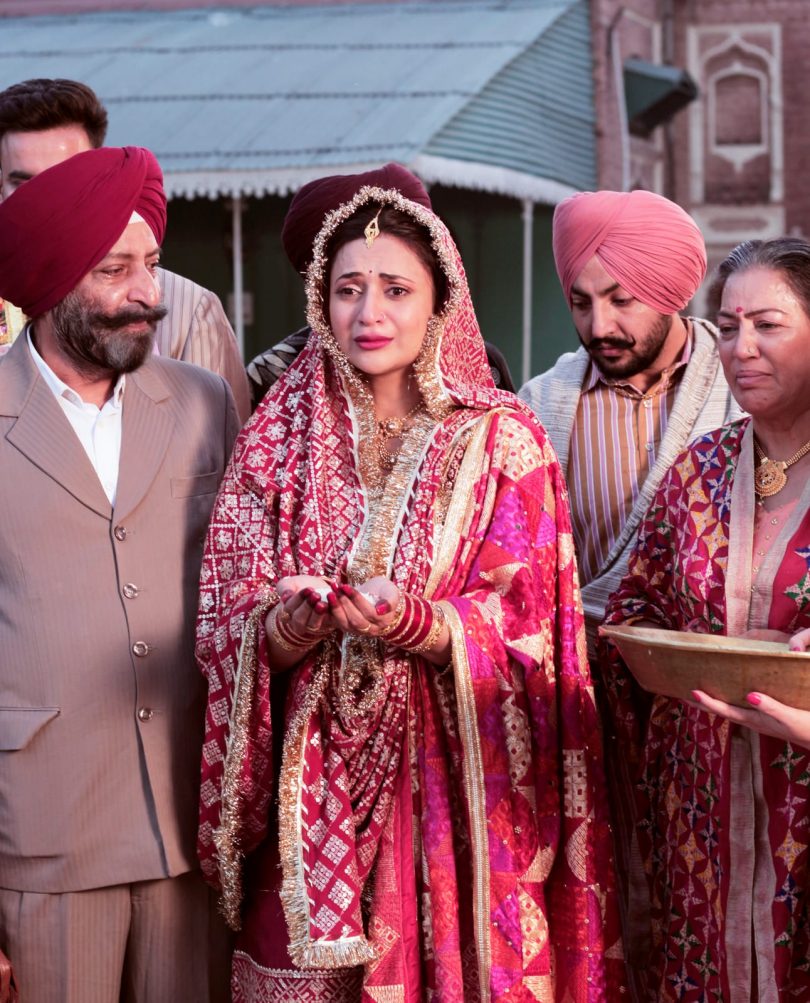 Meet Bros feature Divyanka Tripathi for the first time in a music video – a wedding
song, written by Kumaar and sung by soulful Asees Kaur.

The gorgeous Divankya Tripathi has over the years bowled us with her exceptional acting and equally stunning looks. She now makes a spectacular bride in her debut music video titled ‘Babul Da Vehda’.
Presented by MB Music label, music directors – singers ‘Meet Brothers’ collaborated with effervescent singer Asees Kaur for a heartfelt bidaai song ‘Babul Da Vehda’. Penned by lyricist Kumaar, this song is composed by Meet Bros, with vocals by Asees Kaur.

Filmed in Punjab, the video features TV Queen Divyanka Tripathi Dahiya in her debut music video sharing an intimate relation with her father which is deeply expressed during her Bidaai. An
achingly sweet romantic track that brings out the right emotions with Asees Kaur’s flawless vocals. A song that speaks volumes about a father-daughter relationship, a tribute to all the special women who left their ‘Babul Da Vehda’.

Talking about the song, Divyanka Tripathi Dahiya comments, “When I first heard the song and video concept, there wasn’t a reason for me to deny this. I fell in love with the melody and could connect with the song instantly. I am very happy to be a part of such a beautiful song By Meet Bros and sung by Asees Kaur. This is my first ever music video and I hope everyone loves the song as much as I do.”

Meet Bros add, “We had this idea of making this bidaai song from our father, ‘Late Sardar Gulzar Singh’, who felt very strongly for the pain that a bride goes through while leaving her parental home, this song is dedicated to him. Asees was the first thought while composing the music. We are just so happy in doing this song justice in terms of composition, lyrics and voice. We knew Asees would be the best fit for vocals and Divyanka Tripathi Dahiya added her flavour to it, which made the video look so beautiful. The Video also features our mother for the first time in our music video’s, she’s playing the role of the groom’s mother”

Singer Asees Kaur says, “It was a great experience to record this song, as the lyrics, the music and the concept of the piece made me feel so emotional. I have loved the song and I hope it gets lots of love. It’s a special day and feeling for every girl and I hope we can cherish it with this song. “While Meet Bros are known for their stunning mastery and dedication to every project they
commit to, they have really pushed the envelope with this one in terms of composition.

Out now across all platforms.