Kangana Ranaut always gets trapped in controversies. This time it is for her “Freedom” Remarks – on Independence, which has not gone down well with the NCP leader Nawab Malik.

On Friday, he demanded the revocation of Padma Shri award conferred on Kangana Ranaut for her controversial remarks adding that she should be booked for insulting freedom fighters.

The NCP spokesperson further reiterated that the actor is talking too much after an excess dose of “Malana cream”, a type of hashish from Malana valley in Himachal Pradesh. 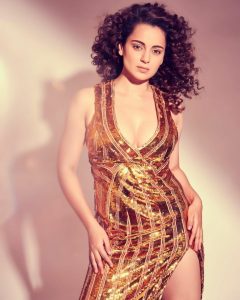 He went on to add that the actor has insulted lakhs of freedom fighters, those who have sacrificed their lives- Gandhiji to other freedom fighters who waged a long battle for freedom. He further added that she needs to be booked for insulting freedom fighters
Ranaut, at a recent event, said the ‘Independence India obtained in 1947 was “bheek” (alms) and that the country truly became free in 2014, a reference to the BJP coming to power at the Centre under Narendra Modi.