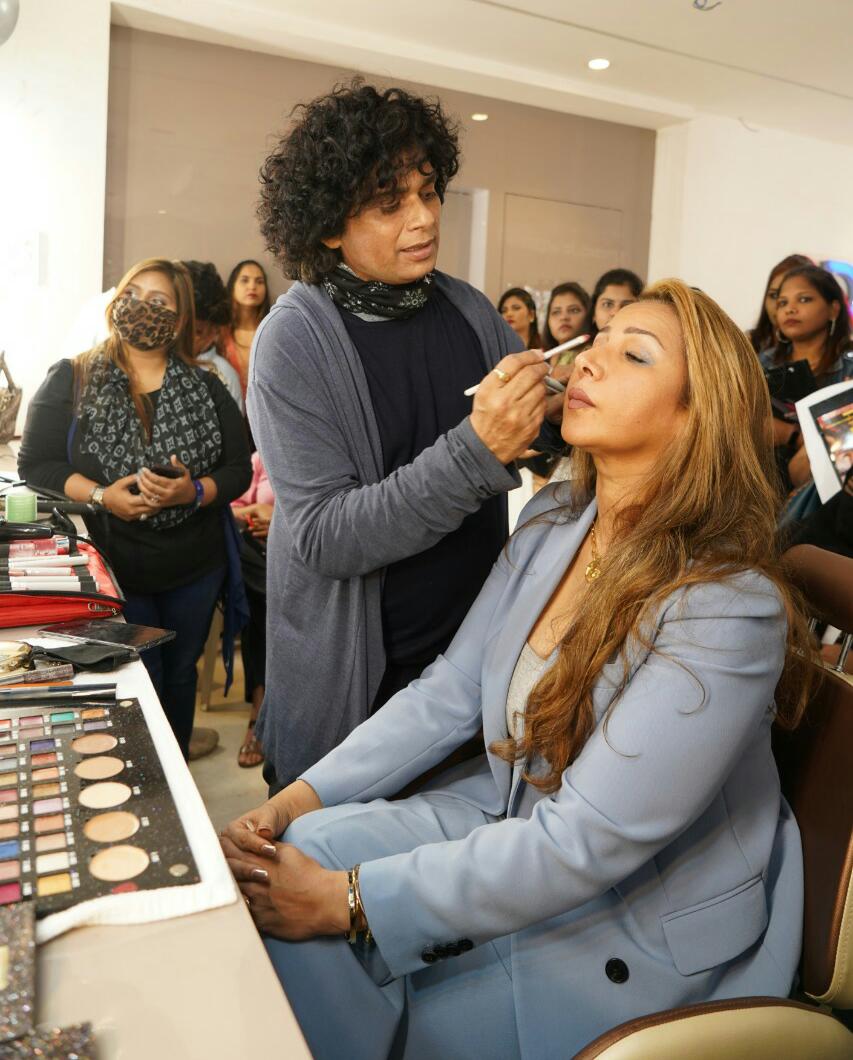 Ace Bollywood Makeup Artist Subhash Singh teams up with Actress Ritu Shivpuri for a makeup master-class.
Bollywood makeup artist Subhash Singh who is known to work his magic on A-listers like Katrina Kaif and Jacqueline Fernandez, was spotted holding a master-class for budding makeup enthusiasts. The master-class was held on 3rd October 2021 at Camps Corner , Mumbai and had a turnout of more than 50 makeup practitioners. 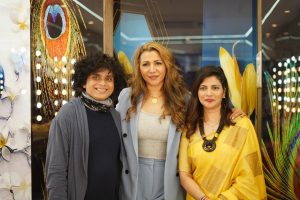 While speaking at the master class Subhash Singh spoke, “Working with talented Bollywood actresses such as Juhi Chawla, Dimple Kapadia, Twinkle Khanna and Ritu Shivpuri was a dream come true. But my favorite of them is Ritu Shivpuri, as I was her biggest fan.”
“Subhash is truly a magician, it’s like he just has to touch your face and magic is done. We have done so many looks together and I don’t think there is any better makeup artist than Subhash. People often ask me how I do my own makeup so professionally and I always tell everyone that the credit for this goes to Subhash.” added actress Ritu Shivpuri while speaking at the masterclass.

Subhash Singh has been around in the industry for more than 30 years now and now launched a makeup academy under the name of ‘Rubycon Academy’ based in Camps Corner .He also plans to soon extend his Academy in Noida ,Delhi and Oshiwara Mumbai.