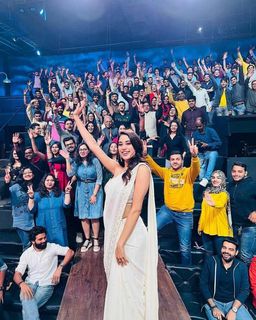 Jhanvi Kapoor repeatedly reminds of her late mother Sridevi more so when she steps out with outfits like hers.
At the recent Kapil Sharma Show, Jhanvi Kapoor carried the look of late Sridevi and showed bubbly looks in a white sari 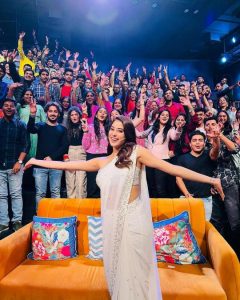 The actor was at the laughter show to promote her upcoming about to be released film “Mili”. on the big screen. She was accompanied by her father Filmmaker Boney Kapoor.
As the youngest actor, she has managed to make a mark in the hearts of fans with her talent.