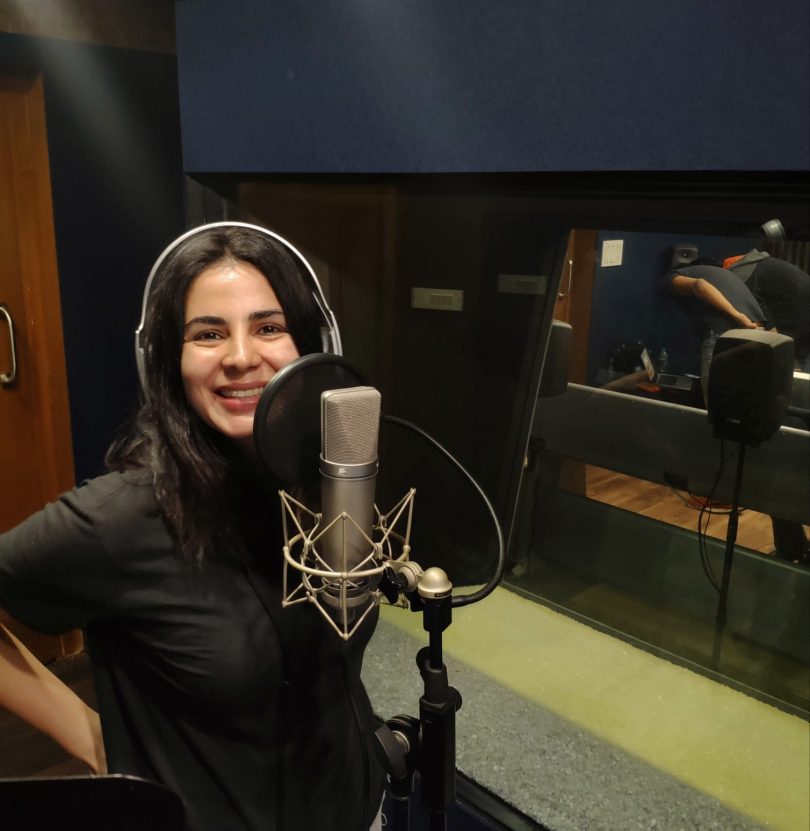 Actor Kirti Kulhari, who is currently relishing her success of recently released series’Four More Shots Please! Season 2′ has an interesting line-up of projects. While she is waiting for the shoots to resume, she posted on her social media, a picture of herself dubbing for an upcoming film ‘SHAADISTAN’ (tentatively titled), directed by Raj Singh Chaudhary. The Pink actress will be seen essaying the role of a musician in the said film.

In the caption space of her social media post, she said, “No am never this happy about dubbing …  But I will tell you what I actually feel happy about when I get called to dub..The fact that the project is quite quite close to completion and it’s going to be out soon  so yes a film is coming your way very soon… Tentatively titled #Shaadistan ️ Hope you guys have been good… Loads of love ️”

Kirti has some exciting upcoming work for her fans, such as the Hindi remake of The Girl On The Train in which she will be seen as a police officer, Season 3 of Four More Shots Please!, a short film called Charu by Pawan Kriplani and few more unannounced projects.

Kirti has done many roles in hit movies like, Mission Mangal, Pink, URI: The surgical strike, Khichdi: The movie, etc. She also won a Flimfare Award in 2019 for Best Actor Female In A Short Film, Maya. Kirti always tries her level best to entertain her fans and audience.