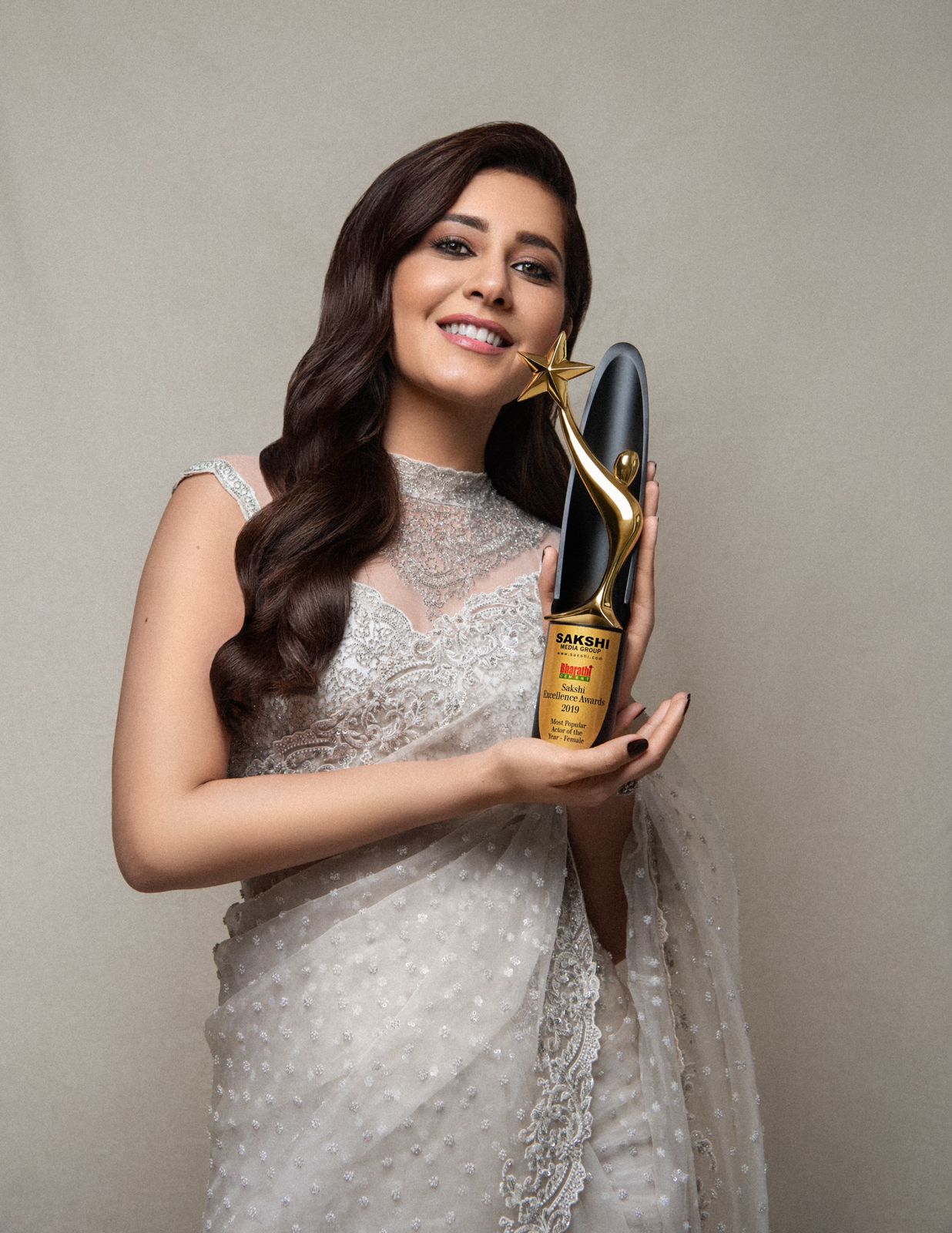 All set to cast a spell by embodying impactful roles in big-ticket projects, actor Raashii Khanna won the distinction – Most Popular Actor Female at the prestigious Sakshi TV Excellence Award held in Hyderabad. She received the said award for her exemplary acting in Prathi Roju Pandage and Venky Mama, and it was presented to her by the great producer of Telugu cinema Allu Aravind. She bagged the award opposite Mahesh Babu who won under the category Most Popular Actor ( Male). To have been presented the award by a legendary figure and to have won alongside the biggest superstar of Tollywood made the honour special for Raashii.

On having won the award, Raashii shares, “I am so touched and extremely delighted to have received this honour. I am grateful to all my fans and the audience who have constantly supported me and bestowed their love and blessings upon me throughout. Words fall short to express how blessed I feel. This honour definitely drives me to work harder and deliver better. I thank each and everyone who had faith in me.”

With celebrated filmmakers and content creators placing their bets on her craft, the gorgeous powerhouse has inspired headlines for signing large-scale ventures such as Raj & DK’s ‘Sunny’, Ajay Devgn-starrer ‘Rudra’, Aranmanai 3, Bhramam, Pakka Commercial, Sardar, Methavi and Shaitan Ka Bachcha. Resultantly, the actor has earned popularity across the entertainment industry, irrespective of the language and geography.

Since the announcement of Raashii’s films and series there has been a lot of excitement and among the audience to see her portray characters in varied genres. So far, the multifaceted actor has delivered impeccable performances and has been earning one honour after another. We send our heartiest congratulations to her and wish her the best for her upcoming projects.